In the last post I rebranded ‘networking’ and advocated a change of scenery. Here’s some more reasons why you should all be getting out and about.

It’s a good habit to have

Anyone in the web/digital sphere knows how important is it to continually learn, and this learning comes in many shapes and forms. Books, webinars, videos, live events such as conferences. And here’s a bit of theory from Stephen Covey and his ‘7 Habits of Highly Effective People’:

He refers to it as Sharpening the Saw and it’s his 7th habit, which he says is the habit that makes all other habits possible. It’s a brick of a book but you can get a bit of an overview here.

Getting out and about should be seen as a learning activity and not a waste of time, which brings me onto… 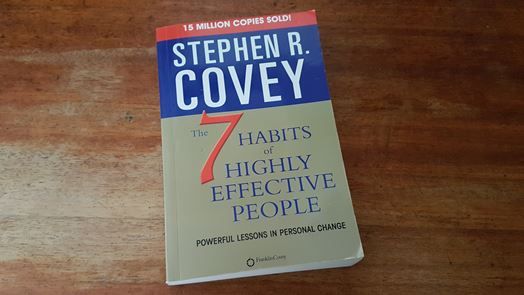 If you added up the potential consultancy value of everyone at a conference it would be astronomical – and yet everyone there gets to draw on that incredibly valuable resource, for free, for hours or days on end. Its non-stop. I’ve been to many conferences, some better than others, but what was common was just how much people were willing to share, for free, be it in a scheduled session, or over a beer in the bar later. It’s impossible to shut people up as the environment is so conducive to (I refer to it again) talking and sharing and learning. It’s almost as if delegates have been unable to share their expertise in their day job, and have suddenly been released into the professional wild, and are making the most of it before they are caught and caged back in the office again.

So, the value of a conference isn’t just personal to the delegate – they are likely to bring back ideas and solutions to their organisation which could save them thousands of pounds. And this does happen.

One word of caution, though, is that everyone might be on the same wavelength, which isn’t necessarily a bad thing, but there is the potential danger of being stuck in your own echo-chamber. Do seek out different opinions and ideas and use your own professional judgement to take back what’s best for you and your organisation.

So next time someone is baulking over the thought of spending a few hundred pounds sending someone to a conference for a few days, remind them of all this free consultancy and the potential value it could bring to the organisation. Make sure that conferences for the web/digital team are built into budgets at the start of the year as they are at the University of Southampton, and use the many resources that are available, such as slide decks on Lanyrd or other amazing and innovative resources that might be out there, such as the sketch notes that Kevin Mears does at each IWMW. A great way to share knowledge across your institution after the event, giving that one trip even more added value. 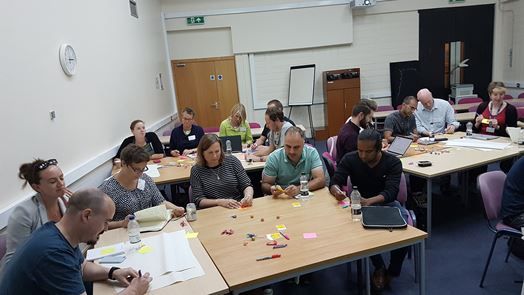 Going to a conference may be perceived as ‘a long time out of the office’ – and this idea needs turning on its head. Any ‘learning’ organisation should want their staff to be the best that they can be, and this is at all levels, not just the reserve of senior staff. There is a perception that something terrible will happen the minute the web/digital team leave the office (what if the website ‘goes down’?!), and yet we are probably the most connected staff in the organisation and able to do our jobs completely remotely due to how technologies are implemented. We’re always at the end of the phone/laptop/tablet and if something does happen we’re able to sort it from wherever we are.

If this were really the case then the same should be applied to internal meetings, where often, huge numbers of staff are away from their desks (sometimes without really knowing why!) at a high cost to the institution. Maybe try putting a value on a meeting (cost versus benefit to the organisation) and see if that meeting was really worth it!

You might find it difficult to imagine that spending three days with a bunch of strangers can be fun, but, believe me, it is. You will soon find very like-minded people over a BBQ or open-topped bus tour of the locality, so get stuck in and make the most of the social time. But don’t have too much fun – it’s usually an early start the next day! Next time I’ll share why getting out and about it great for ‘Brand You’ and ideas for keeping the conference buzz going when you’re back in the real world of the office.