TikTok has grown to dizzying heights in recent months, and much like Zoom, it's become a go-to platform during the pandemic. In fact, it was installed a staggering 315 million times in the first quarter this year alone.

However, just as TikTok was looking to broaden out its content into education and other interests, it faces a major hurdle in the United States, where the app is used by over 100 million people. A crisis in the States

At the end of last week, President Trump announced that he was considering a ban on the platform in the United States, possibly through an executive order. TikTok's owner is said to be trying to address the administration's concerns by pledging to sell the app's U.S operations, potentially to Microsoft, and for now, the government seems open to this option.

In analyzing this fast-moving story, we think there are a few factors at play here.

One is that TikTok is owned by a Chinese internet company, ByteDance. The second is that China is increasingly in the sights of the Trump administration and tensions have been escalating. And thirdly, there are concerns from the government in the US around security and the potential for the Chinese to gain access to information about Americans who use the platform. Some retailers, such as Amazon, share these concerns and have begun requesting that employees delete TikTok. Since then, TikTok users have been scrambling. For many young people, TikTok has been a welcome outlet for creative expression, human connection, and much-needed humor, particularly during the lockdown and ongoing pandemic.

As one disgruntled fan, Yori Blacc from California put it in an interview with Bloomberg:

"For Gen Z and millennials, TikTok is our clubhouse, and Trump threatened it."

Meanwhile, across the pond, the Chinese multinational ByteDance that owns TikTok is pumping $14.6m into the official launch of #LearnOnTikTok, a content initiative that will curate educational videos on the platform across Europe.

The hashtag was originally formed by the app's users earlier this year and was used to group together content such as lessons in science, history, cooking, and more. Following the rise in its popularity, TikTok has decided to put its weight behind it.

The new investment will operate as a grant to encourage people to create even more educational content for the app, led by celebrities such as the presenter and mathematician Rachel Riley and actor Sean Sagar, who will share maths and acting tips in regular updates.

The remainder of the funds will go to institutions like the University of Cambridge, other organizations across England as well as other professional experts in a variety of fields.

This is clearly not some trivial side project for TikTok.

Waterworth also commented that there is a growing interest in educational videos, with 7 billion views of the hashtag LearnOnTikTok alone.

If their plan for LearnOnTikTok goes well in Europe, it could see hundreds of academics, real-world skill creators, and organizations creating content with an educational and learning focus. And TikTok is hoping this more mature content could be attractive from an advertising perspective, as Waterworth explains:

The platform was planning to launch a gigantic $50m fund for videos in the US, to accelerate the development and following of educational content. The recent announcements are likely to affect the investment in educational content, at least in the US, until the uncertainty about operations is resolved there.

Growing pains and potential for TikTok

TikTok is moving fast, diversifying, and also having to respond to external threats like the potential ban in the US. We'll keep you up to date over the coming weeks as events unfold. 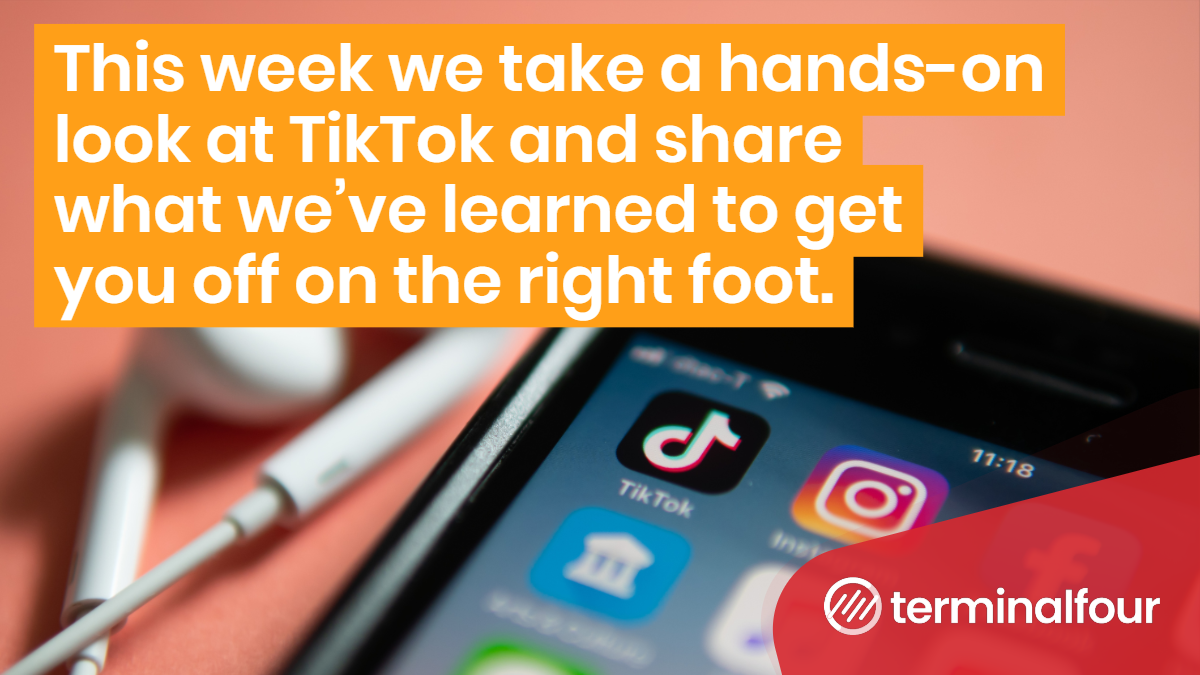 P.S. If you missed it, we wrote an article earlier this year, ‘10 things you need to know about TikTok in 2020' full of insights and ideas you can factor into your TikTok activity. It's well worth a read. Enjoy!