Like higher education, social media is constantly changing. Keeping on top of the changes is vital so that institutions remain informed both from an advertising and engagement perspective and from the viewpoint of students and consumers.

This month we're launching a new initiative, serving up the latest social media news in a quick-read format.

Each update will be packed with useful information that you can quickly digest and apply to your institution's social strategies, campaigns and communications. So without further ado, here's the social media news round-up. 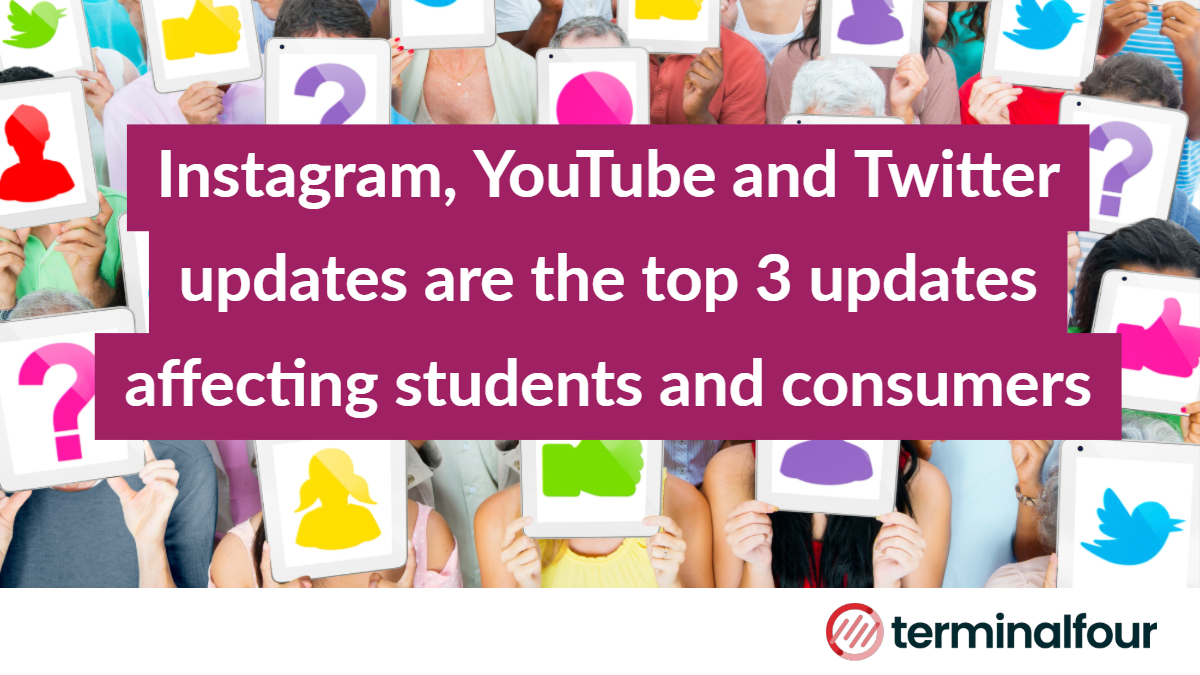 Instagram's latest assault on Snapchat is a messaging app called Threads being developed by Facebook and designed to promote constant, intimate sharing between users and their closest friends. The app may take direct messaging functionality out of Instagram and sit standalone much like Facebook Messenger.

For Facebook and Instagram, which have long coveted Snapchat's powerful engagement among youth audiences, Threads could become a more successful attempt at chipping away at their rival's appeal.

And the word on the street is that Facebook (which has ownership of Instagram, Facebook Messenger and WhatsApp) is continuing to work on messaging integrations. Might the launch of Threads pave the way to an initial integration between Instagram and WhatsApp? Time will tell.

Key take away: You may already be using Facebook Messenger and WhatsApp in your student recruitment communications. If it proves popular, your institution might want to add Threads to your direct messaging stack.

Meanwhile, YouTube has announced it is killing off YouTube Messages this month. The service allowed users to share clips with their contacts, chat with them and start group conversations with up to thirty people. YouTube will instead be focusing more effort on public sharing and to that end, the company has already introduced its own version of ‘Stories'.

Key take away: The messaging demise shouldn't affect universities but it's good news for institutions as YouTube is going to focus on more content sharing features.

Twitter is planning to create a new topic feature. Once the feature is rolled out, users will be able to follow tweets organized by themes tailored to their interests which they can view as lists. The move represents Twitter's latest effort to help users find the best content on the platform even if they don't know which accounts to follow.

Key take away: prospective students could soon be adding ‘university' to their topics which could help get useful updates into student's attention spheres.

Twitter is releasing a new video ad bidding option that will enable institutions to run 15 second (or shorter) video ads. The good news is that advertisers will only be charged if the ad is viewed for six seconds or more with pixels at least 50% in view which seems fair to us. As more than half of Twitter's revenue comes from video advertising this is an important update for Twitter.

Key take away: For Universities who are already producing short-form video content for Twitter advertising this is a welcome move and should mean more engagement and better value for money.

Instagram is looking to create a new notification section for stories that would notify organizations and individuals on the platform when a Story mentions or tags you.

Key take away: If your university gets a high volume of mentions and likes and struggles to track engagement this could be another good way to get a snapshot of engagement activity and content trends.

Linkedin is a great place to advertise, particularly to connect with alumni and to attract people to postgraduate degrees. Soon the platform will enable you to get better results from advertising by facilitating the way you create and optimize campaigns based on specific objectives.

Key take away: Institutions will be able to select three new advertising campaign objectives - for building brand awareness, optimizing for specific website actions such as applying for courses and for job ads.

Lastly, Google is testing a new hyper-local social network called Shoelace. It is invite-only for now and available in the New York area only but watch this space.

Have you spotted any new social media features or incorporated new functionality in your institution's social activity? We'd love to hear.