Earlier this week we published part 1 of our 2 part blog series: “The best higher education digital marketing campaigns of 2014” where we listed 5 out of 10 of our favorite marketing campaigns from universities and colleges around the world. Today we will be naming (in no particular order) the remaining 5 marketing campaigns that caught our eye this year so with no further ado, here we go:

6.Alverno College: Invest in you

We’re all quite familiar with the economic downturn that has been wreaking havoc on student recruitment numbers over the past number of years which is why we loved Alverno College’s ‘Invest in you’ integrated marketing campaign.  The campaign uses beautiful illustrations to acknowledge that education, while expensive is certainly worth investing in to secure the brightest possible future for students.  Great work Alverno! 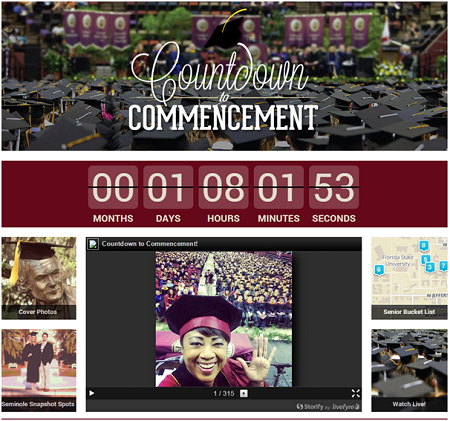 We loved the amount of forethought that has gone into Florida State University’s annual commencement ceremony; a countdown clock, a senior bucket list of things to do before graduation as well as a slider that showcases photos and tweets that have included the commencement hashtag. It’s all rather impressive and is the perfect example of how to harness social media to build excitement before an event.

First impressions once made are hard to change which is why it’s so important to make new students feel right at home even before they arrive on campus. This year the University of Bradford pulled out all the stops by creating ‘The Big Move’ competition. They encouraged new students to record ‘their big move in’ to be in with a chance to win one of three Sony HDR-CX204E Handycams. Students were then asked to use their phone, camera, or webcam to record a 60 second video explaining:

The winners of the competition were announced on the university’s social media pages and the winners were then asked to create video diaries of the run up to and including the move-in day. The winner’s video diaries were then made into a short film which we’re sure will be a valuable asset for students starting out next autumn. 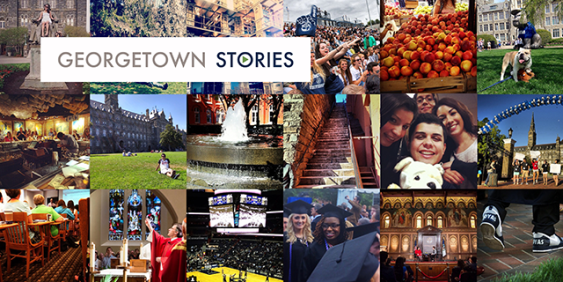 Georgetown University really impressed us earlier this year with their ‘Georgetown Stories’ campaign. It’s a multi-faceted, multi-targeted and multi-media campaign featuring first person video-blogs (vlogs) that follow 11 undergraduate students and their stories throughout their academic year. The campaign is comprised a series of videos; both ‘selfies’ and professionally taken, alongside photographs, email and social media which aim to capture what a year in the life of their students is really like. This campaign serves as a pretty perfect example of what great, student-centric and student managed video content can do when it comes to promoting a university to prospective students and alumni members. 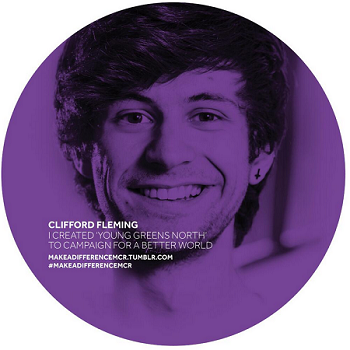 This campaign epitomizes what social media is truly capable of. Social responsibility has been embraced across the University of Manchester campus and social media has been instrumental in spreading this incredibly worthy message.

It was an incredibly difficult task choosing just 10 of our favourite campaigns from the past 12 months as there were so many worthy contenders. We're looking forward to seeing what 2015 brings and don't forget we'll be back next week with a post about some of our favorite Christmas campaigns so if you would like your university or college to be featured just email us at marketing[at]terminalfour.com.