How would you feel about Amazon becoming a university? The Amazon Empire is expanding at a staggering rate. Last month, Amazon unveiled their first grocery store prototype, Amazon Go, in Seattle. Customers can walk in, swipe a bar code on their phone, grab a brightly colored Amazon bag and fill it with products with the shelves. When they are done, they can simply walk out and receive the receipt by email to their phone before they even sit into their car. There's no cashiers, no lines and no human transactions. It's a bold step for the company and it's a step that has been met with mixed reactions. On the plus side, people seem genuinely delighted that they will no longer need to stand in line while someone clearly not in a rush presents a bag of coupons or fumbles for the correct change. On the other hand, it represents the beginning of the end for customer service, human interaction and the elimination of cashier jobs. 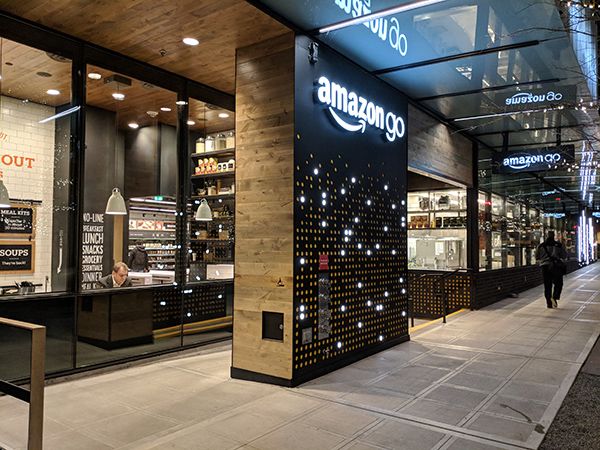 We have had lots of debate about whether this progress is a positive of technological progress or whether we will one day find ourselves wistfully reminiscing about the good old days when someone would bag your groceries and wish you a nice day. 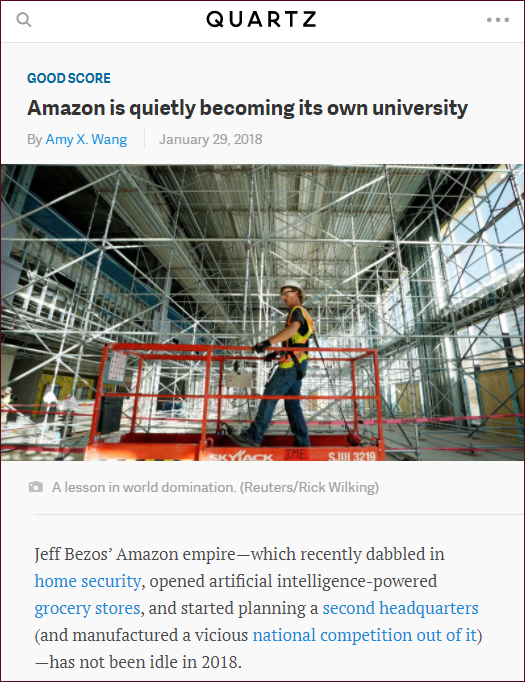 Among all the furor of the Amazon grocery store opening, we also came across an interesting article in Quartz about how Amazon could look set to become its own university.

In the article, the author states that the global e-commerce Empire has hired Candace Thille, a leader in learning science, cognitive science, and open education at Stanford University, to be "director of learning science and engineering."

It's interesting to think that a corporation such as Amazon could become its own university; providing training, upskilling and perhaps, one day, even recognized qualifications to its employees. Considering that upon completion of their new headquarters, Amazon will have more than half a million employees, it's not a stretch to wonder if Amazon and their ilk could represent a realistic threat to traditional higher education organizations. Mature and part-time students in full-time employment represent a lucrative and important part of university life. For most employees, if they want to upskill, they look to a local college or university or college but if this could be done in-house, would this be a positive or negative thing for society?