It has had millions worldwide gripped for weeks – as it will do again later this month during the Paralympic Games – and many universities have adopted clever digital ways to tap into the excitement around the Tokyo Olympics 2020 and elevate college profiles.

From dedicated websites with interviews and analysis to social media channels documenting live progress, universities have found various means of highlighting sporting prowess and promoting themselves. This content marketing strategy has worked out well for Universities and Colleges to connect with potential students interested in sport. Let's take a look.

Leading the pack in terms of content and podium finishes in the UK was Bath University, which came top of the UK's university medal table for the Olympics with five golds. Tapping into this success was an impressively curated Tokyo 2020 page within the Team Bath website. There's an overview of the 37 participants linked to the university, accompanied by a schedule combining results, as well as profiles for each athlete, news and a dedicated YouTube playlist with video content. 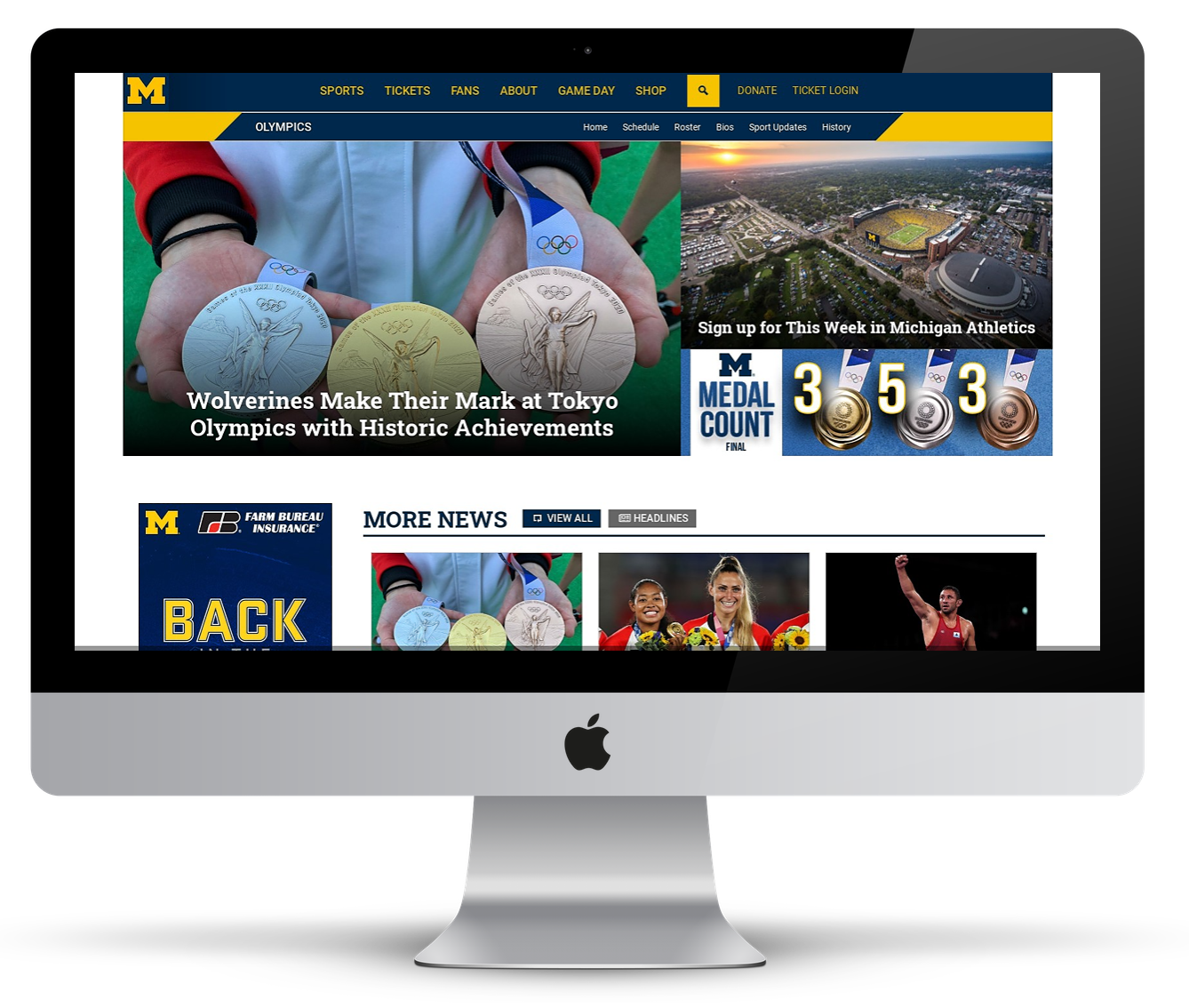 In the US, the University of Michigan has a dedicated page within its Wolverines sports website, with a mobile-optimized version and a prominent rolling medal count. The site is packed with news from the Games, winner profiles, and a roster – all inspiring the athletes of the future. A branded infographic showing the competitors linked to the university representing the many different countries is a nice touch, along with filters for news on each sport. One of our favorites, The University of Southern California was another to develop an outstanding standalone page for the Games, with a prominent medal tally, a results table linking to bios, Olympic heritage content and a clever tool allowing visitors to switch between photo feeds pulling in content from a dedicated hashtag on Twitter, Instagram, Facebook and YouTube. The University of California, Berkley, also had an Olympic takeover of its Cal Bears site, with news, historic medal count and a rollcall of Games athletes past and present.

Florida University, on its Gators site, included photo galleries from each day at the Games, with links to the institution's Olympic history, medal tallies and bios complete with individual social media handles linking out from a headshot photo wall.

Loughborough University in the UK, which has more than 100 linked athletes, coaches and practitioners across both Games, developed a microsite as an extension of its news section – a simple but effective way of showcasing the institution's success in Japan, as well as giving its experts a platform for analysis and opinion. It also shone a light on academic innovation supporting sport, such as a student developing a pool navigation aid for visually impaired swimmers.

Leeds Beckett University, which would have been 45th on the medal table had it been a nation, also has a dedicated Tokyo 2020 page as an extension of its news function.

Harvard University took a more stylized approach, boasting a thoughtfully designed Olympic webpage with full-page imagery taking visitors on a journey through the training to the Games, the debate it invoked and its history.

There's a pop-up photo gallery of competitors, in-depth looks at the road to qualification, the obstacles Covid-19 has thrown at the process and a glance back at the university's history at the Olympics with stunning archive imagery displayed.

There's also political and faculty discussion around Tokyo talking points, such as a psychologist's view of Simone Biles' decision to withdraw from several gymnastic events, as well as an astrophysics perspective on the extraordinary feats of science behind the sporting triumphs. It was a clever way of promoting a range of faculties and not just its sports offering.

Bristol University took to video marketing to spread the word about its hopefuls taking part in the Olympics and is among those, including Cardiff and Cambridge, that focused attention on Twitter in promoting successes and news from the Olympics.

With the sporting credentials of an institution a leading factor for many prospective students, even those with an acade 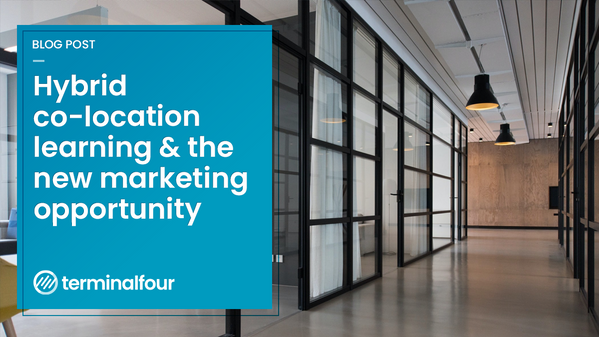