We came across this great idea when browsing LinkedIn. We read a post written by Dave Musson, a social media strategist with the University of Warwick and we couldn’t wait to share it with you.

The level of detail in this post about the success of a recent takeover campaign is something everyone working in higher education social media should read.

There are lots of colleges and universities doing student takeovers really well but we loved that this post shows how simple it is to do one and what level of success you can expect to enjoy.

The LinkedIn post details absolutely everything that’s involved from planning to analytics which is downright fantastic if you have been sitting on the fence about student takeovers, wondering whether they’re worth the hassle or unsure about what kind of results you should expect to see.

To begin with, Dave writes that he contacted a student vlogging duo, Mambo 5, who are both in their second year at Warwick. They had met while living in the same hall of residence and started their own YouTube channel, where vlog about student life at the university.

Once they agreed to the takeover, Dave outlined some basic terms and conditions such as no swearing or sharing the password. They exchanged a few ideas for the takeover content beforehand but left it quite organic so the takeover wouldn’t appear forced or unnatural.

On the day itself, the university social team plugged the takeover on their other channels and just let Mambo 5 do what they do best. The duo even went live for a lunchtime Q&A. 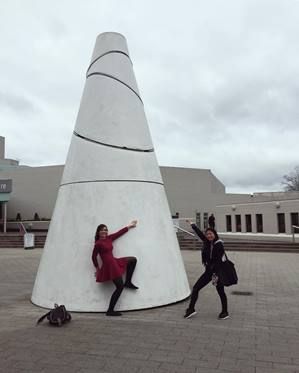 Dave has shared the analytics of the takeover in his post and the results show that the takeover was a phenomenal success. During the Instagram takeover, Mambo 5 shared six posts, which generated a total of 2530 likes, 50 comments and 50941 impressions. In total, they reached 33,829 people. On average, each post generated 422 likes, 8 comments, 8490 impressions and reached 5,638 people.

In comparison, on a given week the previous term, the university’s content averaged 2875 likes and 30 comments per week, with an average weekly reach of 28,638.

This means that the takeover with Mambo 5 reached more people in a day than the university normally does in a week.

The takeover’s success is plain to see, particularly in relation to the success of the Instagram story function with each slide being viewed by an average of 2,593 people. On the university’s previous stories, the average viewing figures per slide has been 2,172 people.

The student vloggers also went live for around 40 minutes at lunchtime for a Q&A, the first time the University of Warwick had ever gone live on Instagram. This also proved incredibly successful and provided the university with valuable insight into what kind of questions students were asking in relation to courses, campus life, and accommodation.

This post is a fantastic resource for anyone entertaining student takeovers but just wasn’t sure of where to start. Read the full post here.