Dolly’s World: The University of Tennessee, Knoxville and the Dolly Parton tweet 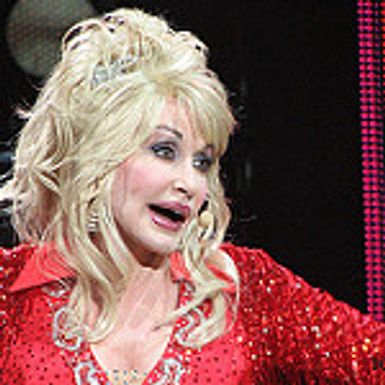 One of the best things about writing this blog is the fact that you never know where it’s going to take you. We never thought we would be talking about the Queen of Country, Dolly Parton, but we have learned to just roll with it.

What we’re about to talk about demonstrates perfectly the power of influencers and the importance of reaching for the stars (literally).

When you’re working in the heady world of social media and marketing the word influencer comes up time and time again. Getting your content in front of a relevant influencer who can share it out to his/her audience can result in a pretty incredible return on a very small investment.

In early April, the University of Tennessee, Knoxville had some big success by simply mentioning the twitter account of one huge music super-star.

Dolly holds a special place in the hearts of the people of East-Tennessee, having been born just down the road, an hour away. The university were holding a course called ‘Dolly’s America’ which looked at Appalachian history through the lens of Dolly Parton. The class examined how a girl from Appalachia grew up to become an international one-word sensation.

The university featured the class in their magazine, torchbearer, shared it on their Twitter account and tagged Dolly in. Just a few days later, Dolly Parton’s account retweeted this reply to her 4.5 million followers and from there things kind of exploded.

From the girl voted in High School 'least likely to succeed' this sure is a blessing! https://t.co/3EnB8ixB4f

Subsequently, Dolly’s website featured a short article on the course and it started getting picked up by numerous high-profile media outlets. The prolific New York Times ran this article.

Other media outlets ran articles including local media, NPR, Rolling Stone, Southern Living, Mental Floss, New York Madazine, BBC and the Wall Street Journal. The tweet even garnered a reply from Broadway star Kristen Chenoweth who asked for a seat on the course to be saved for her.

I think the moral of the story is, never be afraid to reach (out on twitter) for the stars, because you never know when they might just reply.

Importantly, passions run deep and this example highlights that by merging two of Dolly's big loves the University of Tennessee, Knoxville hit influencer gold.  Firstly, Dolly's love and affinity for Tennessee (if you've 3 minutes check it out  - My Tennessee Mountain Home). Secondly, her lifelong promotion of education (specfically literacy).  Dolly launched the 'Imagination Library' in 1995 which is a book gifting organization that sends free books to children until they are five years old to help give them a love for reading and a leg-up on their education journey. Almost 80 million books have been sent to kids already.