Apple wants to kiss goodbye to the student ID card - Fad or the future? Students use ID cards to pay for meals, enter buildings, take out library books, to access the gym, and lots more.  They’ve been common for years and an essential part of the campus experience. But for students with an Apple device this may become a thing of the past with the introduction of student ID card technology on iPhone and Apple Watch planned for release later this year. 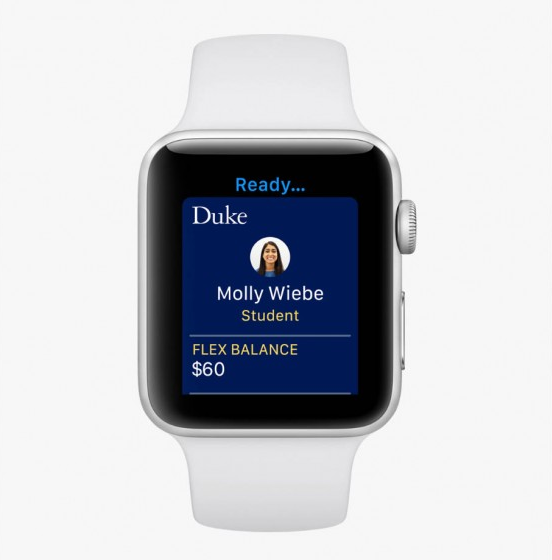 The convenience of bringing all that functionality into the iPhone and Apple Watch is hard to argue with, although running out of phone power could be a serious sanity killer if so many services are tied to the device! It also begs the question as to whether this could be a real replacement for ID cards or just an additional convenience for Apple users with physical ID cards remaining in students wallets for back-up situations.

For Apple this is an opportunity to get even further engrained in student life and the education sector.  Apple is currently working with just a handful of institutions including Duke, Johns Hopkins, Santa Clara and Temple, Alabama and Oklahoma to carry out thorough testing. The company is also collaborating with two other organisations, Blackboard (a campus management solution provider) and Assa Abloy (a leading door opening solution) so that services can be delivered seamlessly.

The digital student ID cards will make use of near-field communication (NFC), and will be part of Apple Wallet and linked to Apple Pay.  The announcement was made by Apple’s vice president of technology, Kevin Lynch, at Apple’s Worldwide Developers Conference this summer. Lynch said that the new digital student ID card feature was an “exciting” initiative that Apple hopes to “expand to more campuses over time.” Shortly after the announcement Tracy Futhey, chief information officer at Duke University tweeted:

At Duke we’re continually looking for technology that can improve student experience and working with Apple was a natural fit. Adding DukeCard to Wallet on iPhone & Apple Watch this fall will allow students to access buildings & make payments across campus in an even easier way. 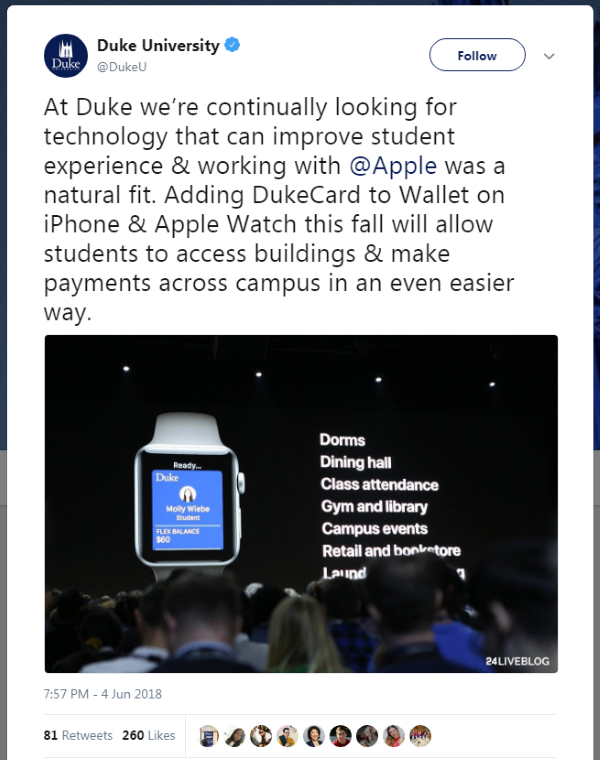 Given Apple has been working on this technology for over a year, it could take many years for the same joined up experiences to be achieved on Android. And with budgets being reigned in across many Universities and Colleges is it worth the effort?  Apple certainly thinks so.

It’s likely physical student ID cards will still be around for some time but Apple’s entry into the identification market will certainly bring some fresh innovation and looks set to become part of the campus experience for students owning an Apple device.

Do you know of a University which has already implemented their own digital ID technology? If so we’d love to hear from you.