But as I said in that previous post, these are just the tip of the iceberg. So in this archive, I want to share another five characteristics. Features that enable successful teams to get their executive to take them seriously, invest in digital and change the way their institution operates.

If you struggle to get the respect your team deserves or that your team is constantly under-resourced and overstretched. If you see colleagues sidelining student needs in favour of organisational politics, then adopting these characteristics might help.

In the last post, I talked about focusing stakeholders on the needs of students. About how showing students struggling will help colleagues to put user needs first. But in truth, it is not that black and white. Real-life stories are compelling for some people, but others are more motivated by data. After all, it is easy to dismiss the struggles of a handful of students as an anomaly. But rejecting data that backs up those stories is harder.

Data can be your friend. Data, alongside qualitative testing, is a powerful combination. But data can also be a surprising motivator too. Successful teams use data to educate, convince and motivate colleagues.

One University I worked with created an analytics dashboard showing key metrics for each of the schools. This report ranked each school against those metrics. It allowed each Dean to see how their school was performing against the other schools. It was a shrewd move because it used the competition that exists between schools.

The key to the success of this approach was the digital team decided what metrics to publish. Instead of publishing vanity metrics such as page views or dwell time, they published metrics on accessibility, usability and content performance. That focused the schools on the right things and dramatically improved the quality of the sites.

The above illustration is a good example of how successful teams are strategic in their thinking. I see this a lot in successful teams. They do lots of little strategic things that give them an advantage in how they work within the institution. Successful digital teams think and act strategically. They soeak the language of management and invest the time in working with them.

They are also brilliant in the way they deal with senior management. They rarely present problems without also offering a plan for resolving those issues. Instead, they focus on inspiring and exciting management. But they are always careful not to overwhelm them by asking for too much all at once.

A strategic digital team goes to management with small requests, taking their time to build credibility and a track record of results before making the bigger asks.

Finally, I have noticed a lot of successful digital teams talk about innovation. They position themselves as innovators because they know management like the idea of innovating. They also know that innovation is something that requires a degree of rule breaking and approaching things differently.

For a start, they avoid rushing into projects no matter how much pressure is put on them to deliver quickly. Instead, they run through discovery phases to ensure the project is properly defined before work commences. That reduces scope creep, but most importantly makes sure the project meets real organisational objectives and user needs.

They also are careful to establish principles outlining how they intend to approach projects. By defining these criteria up-front, they act as guidelines preventing bad decisions during production. By simply establishing principles such as “make decisions using data” or “if in doubt test” it stops projects being driven by personal opinion. 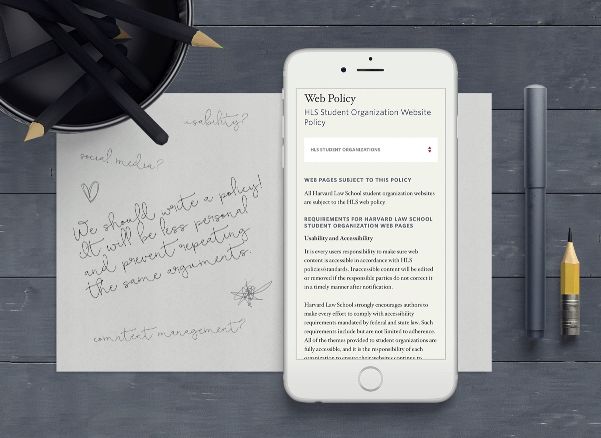 But they don’t stop there. Successful teams have learned that having a comprehensive set of policies is often the best way of avoiding having the same battles in every project. I see too many digital teams having the same arguments about homepage placement, content creation and countless other issues. Successful teams have those debates once and turn the results into a policy that can be rolled out on every project.

9. Successful teams use outside experts wisely

Of course, sometimes it can be hard to get agreement to work differently, especially when others see the team as a service department that exists only to deliver other people’s projects. One way of breaking this perception and establishing a new baseline for your working relationship is to work with outside experts. Experts that can reinforce the messages you have been sharing and so add to your own team's credibility. 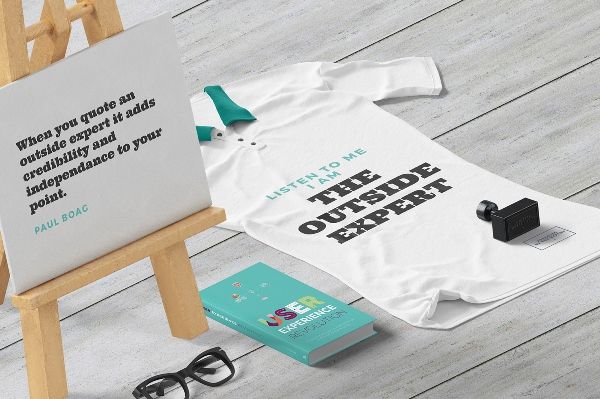 Successful digital teams use outside experts to reinforce their own messages and add to their credibility.

Depressingly, colleagues and management tend to listen to outside experts more than their internal staff. That is, in part, because they cost more, and in the eye of many, this means they must provide more value. But it is also that management see them as independent and therefore unbiased.

The problem with outside consultants is that they can be expensive and getting approval to hire them difficult. However, quoting these experts and referring to their work is free. I have seen some teams have great success in persuading others to take different approaches by talking about outside experts who have adopted similar approaches elsewhere. I have also seen others reinforce their arguments by referencing research and writings of prominent figures in digital. Both methods help to add validity and independence to your suggestions.

However, of all the things successful digital teams do, probably the most important is that they take time to understand their colleagues and managers. They know what makes them tick, what motivates them and what they care about. They then tailor their requests for these particular people.

When talking to a hungry stakeholder keen to make their mark on the institution, they speak of the incredible opportunities presented by digital. However, when talking to a stakeholder anxious to maintain the status quo, they emphasise the threat of digital to destroy everything they have worked so hard to create if not addressed properly. Never do these teams talk about their own agenda or even the needs of users.

Successful teams apply the same techniques they use to motivate users to motivate stakeholders. Some even carry out the same research on stakeholders as they do users! In short, they know how to play the political game and are willing to do so to get things done. Successful teams are persistent in the face of resistance and believe they can shape their own destiny.

Masters of our destiny?

Don't misunderstand me; I'm not suggesting that following a few simple rules I've outlined in these two posts will transform the success of your digital team. Many outside factors are beyond your control to influence.

That said, we are not quite as helpless to change our destiny as we might think. We often think our ability to grow and succeed as an internal digital team is down to the whims of management. If they are not willing to invest, then we are doomed to obscurity. But in truth, there is much that we can do if we are willing to put in the effort and fight for a better user experience.